Auxiliary verbs or, helping verbs in which they are commonly called, are verbs that are used in conjunction with the main verb in order to decipher the tense of the verb, tense meaning past, present, or future. Auxiliary verbs also contribute grammatical and functional meaning structurally to the clauses or sentences in which they are used and will usually appear with the main verb. Also, there can be more than one of these verbs in a sentence but should not be more than three. Helping verbs are used in several ways, let’s take a look:

Now that we know the functions of these very important verbs, let’s now talk about what these verbs exactly are. There are a total of 23 helping verbs in the English language, and as stated above, each serves its own purpose in a sentence. These verbs help to express the mood of the writer, and the time period in which the event is happening in the sentence. They also give a voice, which in turn gives clarity, and they also make the sentence much stronger. So what exactly are these important verbs? Let’s take a look:

Out of the 23 helping verbs, the three most common of them can either stand-alone be used as an auxiliary verb. They also break down into several forms, let’s take a look:

Now that we know the 23 Auxiliary verbs and the different forms, let’s look at some examples and verb phrases:

Out of the 23 verbs, the most common ones are: have, be, and do; commonly called primary verbs but are not always helping verbs. For example, Sarah doesn’t eat chocolate cake. In this example, doesn’t is a helping verb but in this sentence: Sarah does long hikes on the weekend. Does is just an ordinary verb. The most common of all is the verb to be.

The Most Common Verb: To Be

What really makes this verb so special? Out of all the verbs in the English language, the verb to be has the title of being one of the most irregular verbs, meaning, this verb changes entirely in mostly all of its forms. Whereas regular verbs rarely change in their different tenses. Because of this, depending on the tense, (past, present, future) this special verb is written differently to make it’s meaning clear. This verb also changes depending on the subject as well. Let’s dig deeper into the different forms of this sneaky verb.

Be, the base form and the most basic form of the verb to be is what will appear in the dictionary. This form is mostly used in the imperative mood which describes something crucial or of vital importance. This form also reflects a request or a command for example, “Be nice!” This form is also used in the infinitive form, or, the base form. For example, “She likes to be on time every day.”

The verb to be has three present tense forms, am, is, and are. It can also change its meaning depending on the context in which it is used. What also makes this verb unique is that the present form of the verb can be shortened when written. To make this more clear, first let’s take a look at at all the subject pronouns for the verb to be:

Next, let’s take a look at the short and long forms for affirmative sentences, simply put, sentences that states something to be true or valid from the above subjects for the verb to be:

As you can see, each verb phrase example is in its present tense form and states something to be true and or valid. Now, let’s look at some clauses with the verb to be in negative form in both its long and short version:

As I stated earlier, the verb to be is commonly used to describe or talk about nationalities, names, ages, professions, and feelings. Let’s take a look at some of these sentences:

Once again, the very unique verb to be change forms to was and were when in past tense form, let’s take a look at the different versions with the different subject pronouns:

This verb form, in both participle forms can also sometimes be used as an adjective when describing an event that began in the past and is currently still happening, for example, “The movie ratings have been pretty good.” As you can see, the movie ratings are something that started in the past but is still continuing.

By adding –ing to the base verb be, we now form the present participle with continuous tenses of the verb to be… to indicate that an event is happening now, frequently happens, or may happen. Just like the past participle, this form is the same with all subjects. Let’s take a look at a few examples:

Think of modal auxiliary verbs as information verbs. These verbs communicate to the receiver the function of the main verb that it oversees and also express the modality in a clause or in simple terms, the ability, likelihood, permission or obligation of an act.

However, these verbs are without some forms. Meaning, they do not have a third or singular present tense forms. To make it easier to understand, sentences such as he mays, they cans, and it woulds does not make sense grammatically, nor do they have an infinitive form or commonly known as a form in its base form which is the form that appears in a dictionary. There are three types of modal auxiliary verbs, and depending on the function, which can range on a scale from “may”, meaning possibility and “must”, meaning necessity will determine which type they lie.

Let’s take a look at an example of each:

Past Or Not The Past?

Could is the only modal past tense form that normally is used to reference past time, for example, I could dunk the basketball when I was in high school. Yet, take for example the sentence, She would come to the reunion if she had time off from work.

Although would is the past tense form, it does not reflect the past. It seems as if the reunion is a current event, but if we changed its base form to would’ve, then it makes it clear that the reunion was a past event that she would have come to if she had time off from work. 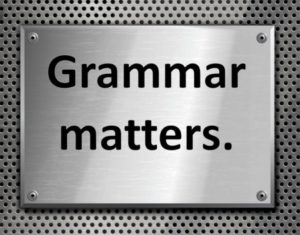