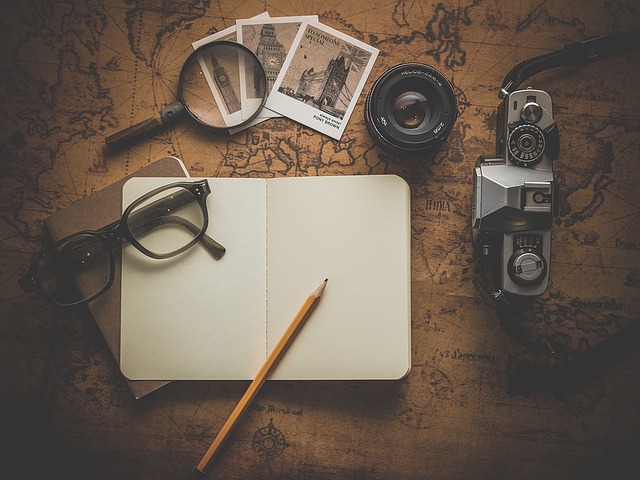 Whether you are a journalist, an editor, a marketer, or a PR professional, guidelines must and have been set in place to maintain consistency. AP style, or otherwise known as the Associated Press style of writing- is the go-to style in many levels of this field.

What is AP Style Writing?

When it comes to journalism and any type of news writing, the AP style would be the go-to over other styles of writing including the New York Times and Chicago Manual. Magazine writing is also covered under this style of writing as well. The writing guidelines can be found in the “Associated Press Stylebook and Briefing on Media Law”, commonly known as the AP Stylebook.

This very handy “cheat sheet” as many people refer to it as contains over 200 current and updated entries with over 5,000 total entries. This guide was created by journalists associated in some way with the Associated Press (AP), which was founded over 150 years ago. With thousands of employees in over a hundred countries, the intent of this style of writing was to standardize the communication process across the globe due to the challenges that come with the large size of the organization along with the large base of readers. The principles behind this form of writing is consistency, clarity, and accuracy.

This style of writing is also moving into the SEO world as well where many content marketers are incorporating this style into blogs and website content writing. Because of this, many freelance writers are taking notice as well due to the fact that many clients are requesting AP style writing for their content.

Some of the content covered in this holy grail includes media law, punctuation, business, food, religious terms, fashion, sports terms, and even topics on social media. Also included in the 2019 version is an added chapter on health and science.

The AP Stylebook can be found online where you can instantly search and be updated as well as guided on the etiquette of this style of writing. There are many variables and rules that come with AP Style- this includes guidelines on abbreviations, punctuation’s, language usage, spelling, grammar, numbers, dates, and capitalization just to name a few. In this article, we will go over some of the guidelines of each of these subjects.

When it comes to abbreviations with this style of writing… think common. Meaning, only common and recognized terms should be used alone such as FBI, CIA, and FDA. However, less recognized- yet common abbreviations such as HUD, NASDAQ, and OSHA can be used after the full name is spelled out. For example, “Housing and Urban Development (HUD)”.

When it comes to unfamiliar names, the stylebook tells us to not to put any abbreviations after the name mentioned. For example, “Institute of Electrical and Electronics Engineers” Should not be followed by (IEEE). Instead, if this term is used later in the writing, the complete name should be used or another term such as “the society”

When using the term junior and senior in AP Style, the abbreviation for junior or senior should be used directly after the name without a comma for separation. For example, Anderson Wilson Jr. or Anderson Wilson Sr.

When writing out state names the rules are clear in the stylebook. When used by themselves, the names of states should be spelled out completely. Only when the state name contains seven or more letters and is used with the city is it deemed ok to use abbreviations for the state name. A comma should also be used before and after the abbreviated text. Let’s take a look at each example,

It’s very important to refer to the stylebook for abbreviated state names and not the U.S. Postal Service. The only exception to this rule is if you are using a full address and zip code. For example,

A complete list of states with the appropriate abbreviations can be found in the AP Stylebook.

AP Style for Months and Dates

The name of a month may be spelled out if there is not a specific date mentioned. For example,

However, months containing six or more letters may be abbreviated if a specific date is mentioned. For example,

Months containing five or fewer letters should always be written out fully. A complete list can be found in the stylebook.

If there is not a full street address mentioned, all generic parts of the address such as circle, avenue, drive, street, boulevard, or lane, for example, should be spelled out. For example, “The robber held up the bank on North Banks Avenue.”

However, if the number portion of the address is used then do abbreviate the generic part of the address. For example, “The robber held up the bank at 1999 North Banks Ave.”

When writing news stories it is important to know to never use abbreviations for percent (%❌), days of the week (Mon, Tues❌), Christmas (Xmas❌), cents (¢❌), and the word “and”. The only exception would be if the symbol (&) is officially part of the phrase or name. For example,

Downstyle- simply put, this term from the stylebook means to use lowercase unless the guidelines state to capitalize. The AP Stylebook is very clear on rules with the many circumstances that may come up in writing. If there is no specific rule on what word and when to capitalize, then use lowercase instead.

The rule for common nouns when it comes to AP style writing is to capitalize nouns such as an ocean, building, or a cat for example when joined with a proper name for a person, place or thing. For example,

As you see in the above examples, the common nouns ocean, building, and cat are capitalized when used as a part of a proper name for a person, place or thing. Otherwise, these nouns should be kept lowercased if used alone or when referencing the same source further along in your work. For example,

Formal titles (president, senator, principle) should be lowercased when they stand alone, or if they follow a name. Moreover, if the title follows a name, then a comma should be used to separate the two. However, if such formal titles come before a name they should be capitalized. For example,

Lastly on the topic, never capitalize job descriptions such as a surgeon, police officer, cashier and so forth.

Generally speaking when focusing on the rules for numerals in the stylebook, any numbers one through nine should be spelled out. For numbers 10 and up, figures should be used (ex: 10, 11, 12). However, as many may have expected, there are exceptions to this rule. Let’s take a look at some very common exceptions,

Numbers at the beginning of a Sentence

AP style writing requires that any number at the beginning of a sentence be spelled out. The exception to this rule is to never spell out years. For example,

2) With single nouns and names, an ‘s should be added even if they already end in an s. The point of an apostrophe is to show possession so for example,

3) When speaking of singular proper names that end in an s, only an apostrophe at the end should be used. For example,

4) To make a single letter plural in AP style, simply add an ‘s. For example,

AP style writing when it comes to time does not use a colon and two zeros. For example,

Punctuation with this form of writing is pretty much similar to the overall guidelines of what we already know about punctuation marks. Let’s take a look at a few exceptions to the rules when it comes to these marks.

“There are only two bag options at the grocery store, paper or plastic.”

As you can see in the example, the first element in the sentence does not include either conjunction “and” nor “or”. Therefore, in the second element of the sentence, no comma should be placed after the word paper.

However, a comma should be used before a conjunction when each element contains “and or “or”. For example,

“There are only two bag options and styles at a grocery store, paper, or plastic.”

As this example shows, “and styles” was added to the first element of the sentence. Therefore, a comma should be placed between paper and or in the second element.

For a list containing three or more items, no comma is to be used before the conjunction unless the above rule applies. For example,

A comma is also used to set off someone’s city/town of residence, age, and other similar information. For example,

For clarification purposes, a semicolon should be used in a sentence with a number of commas, inserting the comma before the conjunction. For example,

The guidelines to AP style in regards to colons is to capitalize the first word following a colon IF a complete sentence follows it. Also, unless a colon is a part of quoted dialouge they are to go outside the quotes.

The guidelines when it comes to when to hyphenate with AP style is to only hyphenate compound adjective when clarity is needed. For example, “Fast-paced environment” . If a term is clearly understood, is an adverb that ends in ly (ex: smartly dressed), or comes between figures and units of measure (ex: 1 percent rule), then the rule is to do not use a hyphen. Also, the rule states to not use a hyphen when used with a compound modifier after a noun, for example, “The executive was high level.”

Dashes are used to do a number of things such as show a break in thought, break up or set off a series within a phrase and attributes a quotation to an author. Let’s look at some examples,

AP style writing requires commas as well as periods to be placed inside the quotation marks. When using other punctuations such as exclamation marks, question marks, or semicolons for example within the sentence structure, the position of those marks will depend on what exactly is being asked or exclaimed. Let’s take a look at some examples for clarification.

As the last example shows, the period lays outside of the inner quote within the sentence yet is still within the closing set of quotation marks.

In Ap style writing, the word(s) Internet and Web are capitalized.

When it comes to AP style writing, there are many guidelines and rules that come into play. In this article, we have touched on only a few. This style of writing should not be ignored, and the stylebook is there to keep you on track and up to date on writing AP style. 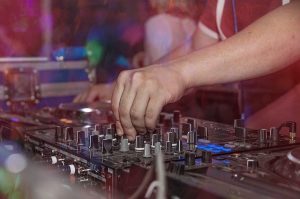 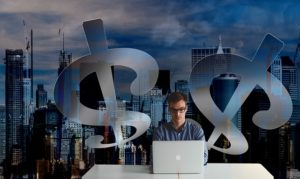 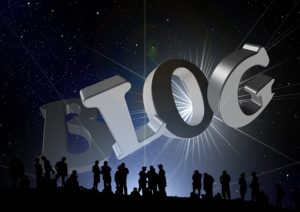